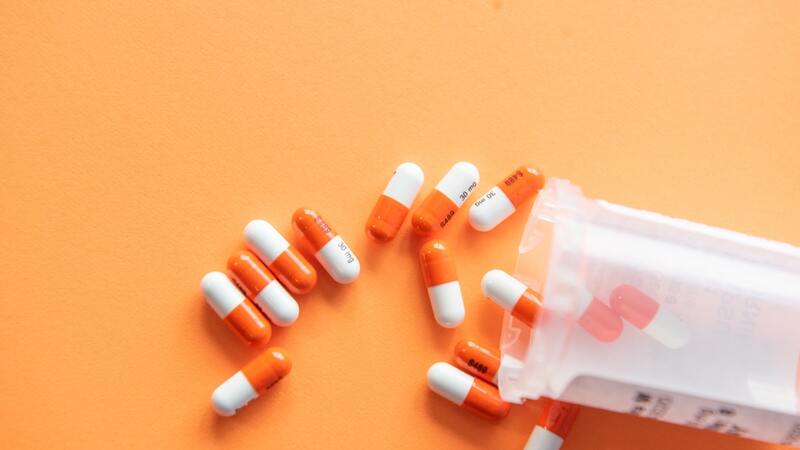 Prescription drugs on an orange background with a pill bottle. Orange pills. by Christina Victoria Craft is licensed under Unsplash unsplash.com
Among the many wrongheaded features of the Manchin-Schumer tax-and-spendathon bill being pushed in Congress right now, the one on prescription drug pricing is a deadly vampire of a proposal that, for 16 years, has refused to stay deceased.

After numerous rejections of the idea by previous Congresses, this bill again revives a proposal to direct Medicare officials to “negotiate” at least some drug prices with pharmaceutical companies rather than let existing market forces set the prices. The absurd theory behind government “negotiation” is that government’s weight will wring out undue profiteering by the drug companies and thus keep prices lower for seniors while saving money for the government as well.

This theory is nonsense on so many levels that it’s hard to know where to begin in countering it.
Prescription drugs on an orange background with a pill bottle. Orange pills. by Christina Victoria Craft is licensed under Unsplash unsplash.com