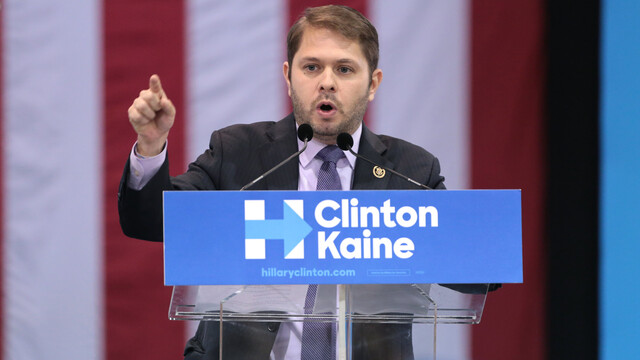 Ruben Gallego by Gage Skidmore is licensed under flickr Creative Commons Attribution-ShareAlike 2.0 Generic (CC BY-SA 2.0)
Democrat Rep. Ruben Gallego (AZ-3), who was just re-elected to Congress in 2022, has already announced his intentions to run for the Arizona US Senate seat currently held by Kyrsten Sinema, who recently changed her partisan affiliation from Democrat to Independent. National File can now report that Gallego is tied to the CCP-partnered, Epstein-linked Humpty Dumpty Institute, a notorious influence operation that’s been extensively covered by this publication.
Though he’s relatively new to Capitol Hill, Ruben Gallego has wasted no time in joining up with Washington’s uni-party establishment. The Arizona Democrat is already listed as a member of the Chinese Communist Party-tied, Epstein-connected Humpty Dumpty Institute’s “Congressional Advisory Board“, along with several other uni-party legislators.

National File has extensively reported on the Humpty Dumpty Institute’s ties to the Chinese Communist Party (CCP), its People’s Liberation Army (PLA), and other anti-American actors out of Israel and the former Soviet Union, among other corners of the world.

The group is even tied to Mark Epstein, the brother of dead globalist pedophile Jeffrey Epstein.